This past weekend proved to be a great example of what happiness is to me.  Saturday afternoon I spent a lovely two hours at the Sony Centre in Toronto watching Toopy and Binoo.  If you don’t know who these lovely characters are, please google them because I love them!  Now, watching T&B was not what made the day so great, it was my dates.  YES DATES – PLURAL.  I am supposedly a hot commodity – at least in the little kid market!  I took the lovely Ms. J and her best friend Ms. V.

I showed up to Ms. J’s house and she was dressed in a bright red dress, blue tights and knee-high brown boots!  She was rocking this somewhat unconventional style for a four-year-old.  When Ms. V came over she was dressed in a black, white and pink party dress, white tights with black ballet flats.  Very pretty. The two girls couldn’t be more different, but they are best friends and absolutely adore each other! I felt severely under dressed in black track capris and a white sweater with moccasins.    However their smiles and squeals of delight as we drove downtown were evident of a good day to come!

Both girls watched the show from my knees (yes I had 2 four-year olds on my lap) eating popcorn and drinking juice (for Ms. V) and pop (for Ms. J and myself).

They were playing with my hands and every time T&B left the stage they looked at me with big wide eyes terrified the show was over.  I had to explain to them numerous times that the show wasn’t over until T&B said good-bye!  They felt much better about that!  When it was over we all waved goodbye to the loveable characters and then held hands and walked outside into warm sun and walked over to the patio where the girls dads were waiting, Caesars in hand with one for me as well and the girls told them every minute of the show and sitting on my knee and eating popcorn and well – everything.   I smiled and added in a comment or two, with Ms J still planted firmly on my lap, but Ms. V snuggled in tight with her dad (poor kid barely knows me).

Sunday I woke up craving some love and snuggles and I knew EXACTLY who to call.  My favorite Filipina has two amazing children Big J and Lil C who are so loveable and are always up for hugs and kisses from their Tita!

I went by around 3:30 and spent three and a half hours holding Lil C and playing chess and Black Ops with Big J.  I smiled the whole time (minus the 15 minutes I was playing Black Ops and got blown to bits from Big J “by accident”).

By the time I arrived home at 7:00 pm last night, I had realized truly how happy I am right now, spending time with my friends, my family and my little ones.  I cannot wait to spend some more time with Chase and Jake, my two littles whom I don’t get to spend much time with!  Maybe in the weekends to come!

Isn’t going to stay in Vegas…I mean I went with my senior citizen mom and Aunt G, what did you think was gonna happen?  I wasn’t going to be sleeping my way though the crazy City of Lights with every Tom, Dick and Harry!

Instead we gambled, ate, drank and shopped our way through the tourist trap city of Las Vegas Nevada.

Wednesday morning my uncle picked me up from my home and drove the three of us to Pearson airport in rush hour traffic, however we still made great time.  After what seemed like forever, we managed our way through security and customs and looked for a place to have breakfast snack and coffee.  We had to settle for Freshii because the part of the airport we were in had nothing – not even a Tim Horton’s (seriously as a Canadian I object to not having a Tim’s within a five-minute walk of me)

After boarding we were off to Vegas!  The flight (we flew with West Jet) was great, minimal turbulence and I actually napped for about 30 minutes.  We got out of the airport, grabbed a taxi and got to our hotel all within an hour.  This made me happy – no lineups, no long wait – quick and efficient, just like the city we were in!

We stayed at the Mirage Hotel and Casino on the Las Vegas strip and after a minor slip up (gave us the wrong room number) we were in our rooms with  a $75 dinner voucher for the mistake.  We ordered room service, showered and got ready for SHANIA TWAIN!  I am going to blog specifically about this concert later because this woman and her concert deserve an entire blog post dedication!

When the concert was over we walked around Caesars palace, took pictures and marveled at the lights and scenery!

Thursday included gambling at Casino Royal and the Mirage, a gondola ride at the Venetian (where I almost got married to my gondolier who is Italian, an opera singer and sexy as heck thank you very much) and watching the Volcano erupt from our hotel.  The great thing was we also had a great view from the 17th floor to watch the volcano erupt every hour!

We went to Treasure Island Hotel and Casino Thursday night where we saw the sinking of the pirate ship and gambled some more.  By the way, if you are a female pirate, supposedly you don’t need bombs and canons, you only need a good wardrobe, hair and makeup and you can sink another ship (according to this story at least).

Friday we were lucky enough to go to the MGM Grand and eat at Wolfgang Pucks restaurant where I WAS CARDED!!!!  Woohoo!  I still got it!  What “it” is, I am not sure, but he thought I could be under 21 so I’ll take it!  We also saw Ka the Cirque de Soliel show.  It was beautiful and the first Cirque show for both my aunt and mom.  It was visually stunning, wowing the crowd with powerfully emotional moments that left us at the tip of seats!

Cabbing it back to the Mirage after Ka was over, we gambled some more – oh ya and my mom won a freaking slot jackpot of almost $7000.00.  Damn woman!  Out of the three of us though she did need the money more so in the end we were extremely happy for her (plus it’s only her second  trip since her honeymoon to my dad in 1965!)

By the time Sunday night had rolled around, I truly felt like Vegas was a place I could easily vacation at again and again because there was so much we didn’t see.  It had eaten us up and spit us out and we were ready to go home (even though we REALLY wanted to take the hot sun with us).  The red-eye flight home Sunday night was brutal because of the three-hour time difference and the serious lack of sleep, but by the time we arrived home Monday morning, I was happy to be back where I belonged.

I don’t think many people learn First Aid/CPR with the expectation that they will have to use it – ever. I know some professions this is an obvious (paramedics, doctors, nurses etc.) however, I learned it because I am the co-chair of our Joint Health and Safety Committee at my work so while I needed to have the certification, we have a security guard on site at all times who is the main person responsible for delivering any aid as required. I did take my learning quite seriously though and I fully participated in the two-day learning experience. 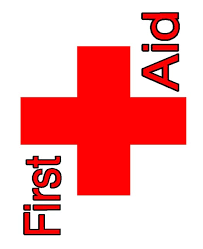 However, never in my wildest dreams did I ever see me using it and I never actually took time to think about what my reaction would be like if I had to.

Last night was our first Spring session of   Zumba. The class was fully booked and the room we practice in is tiny. About 20 minutes after class started two women walked in wearing jeans and long sleeve button up shirts – totally NOT Zumba appropriate. However they weren’t really moving around a lot so I didn’t think anything of it. As class ended, I went to talk with our instructor Diana (who is fantastic by the way) and heard my name being called from the other side of the room by my girlfriend A. I looked over and on the floor was one of those two women shaking having a seizure! I dropped my wallet and ran over to the woman. Turns out the other woman was this girls mother. She was having a full on seizure and for what seemed like an eternity (but really probably two seconds) I had no idea what to do. I panicked. I heard someone scream out to roll her on her side and as soon as I heard that I immediately remembered. I rolled her on her side and put a jacket under her head and bent her leg towards the floor and held onto loosely her while she shook.

Now I need to make two side notes that pissed me off:

1. When you learn First Aid you practice on a mannequin that weighs less than one pound. Turning a real, seizing person on their side is NOT easy.
2. This mother so nonchalantly was like “she’s fine, leave her alone, she’ll come out of it”. This was as her daughters head was bouncing off the hard floor like a basketball. She kept trying to make this poor girl sit up as she was shaking and I kept pushing her off and telling HER to leave her daughter alone. I understand that as her mother you have probably seen this 100 times, but I am First Aid certified and I KNOW that you never leave a seizing victim lying on their back with nothing under their head. She was driving me, and the rest of the class who remained behind, crazy.

Finally the girl stopped shaking and rolled back onto her back and started making eye contact again. It took a few minutes for her to come out of it but when she did my heart started beating again too. I haven’t been that scared in a long time. My instructor was impressed and in a way I was too. I mean, I didn’t do much and was limited because of the mother – but I know now, that if GOD FORBID that ever happens again I will take charge much quicker regardless of the situation because if anything had happened to that girl because I let her mother partially dictate what was happening, I would have felt horrible!

I want to make a plea to ALL my readers. Get First Aid/CPR certified – you NEVER know when you may need to know “how to save a life”